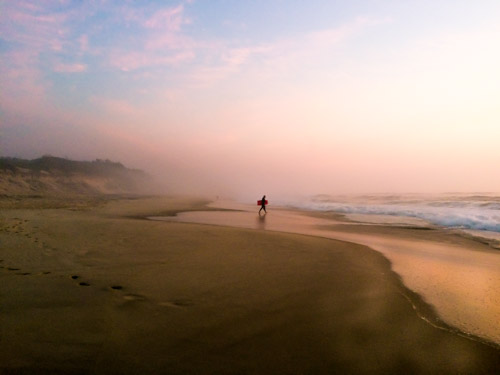 What I learned from turning bad habits into good ones.

How to deal with nasty & new habits

While writing a manuscript I told another writer that it was hard for me to focus: that my writing process continued in a very slow, irregular pace.
“Do you drink alcohol?” she asked.
Well, yes I do.
“Try not to drink while writing,” she replied.

This was right before summer, you know. How to skip cocktails at city beaches, beer at barbecues or rosé wine in the garden? And what about all those great authors like Hemingway, Fitzgerald, Kerouac, Bucowski or Carver who drank & wrote masterpieces? After saying this, I quite well understood that I’m not much of a personality if I am not able to refuse a drink just because I could be less funny, outgoing or more boring. Plus, I never wrote a masterpiece or anything close to it so what did I have to lose?

I thought about it for a moment and decided to accept the challenge against myself: change my drinking behaviour.

A quick look on the Internet showed me that the effects of not drinking alcohol for one month are amazing:

“If you took a drug that reduced blood pressure and improved cholesterol and insulin resistance, it would be a blockbuster drug that would be worth billions,” says Professor Kevin Moore, who co-authored a study in 2015 where patients didn’t drink alcohol for one month1.

Some negative consequences about drinking alcohol: In Belgium 383 men and 159 women had an alcohol related death in 2012, and research (from 2003!) shows that the the total cost of alcohol abuse in Belgium is 6 billion².  3,3 million people worldwide have alcohol related deaths in 2012 according to the WHO³. High-income countries have the highest alcohol per capita consumption (APC) and the highest prevalence of heavy episodic drinking among drinkers. Low income countries are more affected by the consequences of harmful alcohol consumption, because they often lack quality health care and are less protected by functional family or community networks.

One might ask why- with so many deaths, diseases and hallucinating costs every year-there is so little research or awareness campaigns on the consequences of (not) drinking alcohol.

Back to my dry season period: luckily for me that summer, home made Ice Teas were trendy and I could find all kinds of tasty teas everywhere. They look like cocktails and don’t taste that different from the 9 euro cocktails I sometimes drank. I must admit that in contrary to what most newspapers and scientists published, I didn’t notice a lot of change in the first weeks even though I was a notorious drinker. When it came to drinking, I didn’t know my limits very well. Going out, the booze poured freely and fast.  I had at least 21 units per week. I never drank at home but the occasions to drink during the week are plenty: baby showers, Christmas markets, birthdays, festivals, retirement parties, barbecues, dinners with friends, dinners with my husband, dinners with the family, friends leaving on a World Trip, weddings, bachelor nights, reunions, afterwork parties, good weather, bad weather, town carnival and no, being a member of a local sports club isn’t necessarily a healthy solution.

It was only after three or four weeks that I started noticing some changes. My thoughts were getting more lucid, I could remember names and actually follow a more technical conversation about politics & economy. After six weeks I realised that I slept more profound: it was easier to fall asleep and easier to wake up. When I wasn’t drinking, my body was able to tell me that it was tired and that it was time for me to go to bed: an effect that hardly happens while drinking in a bar. My house got cleaner as well since I was feeling more active during the day and I started cooking those complicated,beautiful vegan recipes again. I joked with my husband that if people would stop drinking alcohol, the economy would rise with 30 per cent.

Investing in some self discipline could be a double win. Good for us, and it’s an efficient way to make companies think about more humane marketing strategies.

But the benefit that struck me the most was that after some months it wasn’t that difficult anymore to refuse that mojito or glass of champagne. To overcome this habit, proved to me that I was not a problem drinker, hooray! But, and this is where I am getting at: it also proved to me that I can design my brains to work for me instead of saying that I cannot change who I am and what I do.

I find this thought truly amazing. What if we start eating healthier, sport more, quit smoking and read more books? It could mean that with some will power we can probably counter the pharmaceutical companies, tobacco industry and fake news media that found more and more clever (and lucrative) ways to take advantage our inner drifts, fears & weaknesses. Investing in some self discipline could be a double win. Good for us, and it’s an efficient way to make companies think about more humane marketing strategies.

Michael Foley explains in his book, The Age of Absurdity, the difference between temperament & character:

“Temperament is what you are- but character is what you do. We can chose to oppose the dictates of temperament and, if we act differently in a certain way for long enough, the new behaviour will establish it’s own brain connections 4”

We have a choice. I already knew this from my travels in India & Nepal, where Buddhists and Hindus practice mind control trough daily meditation but the rat race in Belgium made me forget about it. The scientific approach about new brain connections in Michael Foley’s book and my own experience, made me realise there is a light at the end of the tunnel. We have a choice, if we want . This last part of the sentence is tricky because good things in life don’t come easily:  this brings self discipline to a whole other level (also because less interesting behaviour such as addiction, fears… can rewire the brain as well. In this case the brain chooses for rejection & denial of your addictions & fears instead of rewiring itself through observation & self discipline).

But for me, stop drinking alcohol for a whole season made me realise that I can change habits ‘easily’ and made me more aware of what people could be capable of if we just change the attention to our own personality and not to society, faith or temperament. So I take this self discipline a step further now: since new year I stopped drinking coffee and start eating food in a more nutritional way.  I know  only one week passed since, but I feel relaxed & confident that I will be able to ‘accomplish my mission’ and that’s a great feeling because it creates extra space in my head.

I would like to finish with a last positive outcome of not drinking alcohol. After some months,  I was less emotional or agitated when I got into a discussion with for example obstinate officials or overstressed, demanding people. Even behind the wheel, I appeared calmer. This, my dear reader, is freedom: not wasting time on fucking anger.