I never had a lot of girl friends. I always found those friendships hard to maintain… Too complex & confusing. Too intimidating also, and always a minefield. One of the reasons is probably because I was a late bloomer in almost everything. And it’s not that I didn’t try to have girl friends, but I guess if they didn’t blew it, I did. It wasn’t until end of my twenties that I started hanging out with girl friends. One of them, Ann, I got to know on a concert of The Roots in Brussels. We started talking and I told her that I would move to Moscow a couple of months later. She said she would come and visit me. She kept her promise and I thought this is someone I want to have as a friend: Someone who inspires me as a women. Who takes life as it comes. Almost ten years later she still does.

When I got to know more women, I found it most surprising and fascinating that once they get over their uncertainties & self-awareness, they have a disarmed power over themselves. Somewhat like goddesses are depicted. Charismatic is a word I tend to use exclusively for women & especially the women I spent time with.

Charismatic is a word I tend to use exclusively for women & especially the women I spent time with.

Another goddess of mine, Sarah, landed by chance in Porto with seven other women from Ghent last week. The flights were cheap and one of them rented a house (also by chance) close to our surf spot in Espinho. Some of them I only knew incidental through parties & dinners, the others only by name. But when I met them I pretty fast felt at ease with them. It’s one of my favourite mantras: best things in life are for free. And the feeling that you connect with beautiful people without having to put up a better version of yourself is quite priceless.

Their first evening (a Saturday)- in our bar in front of the surf spot, was well… memorable (sorry, no footage, hehe). The owner, when he heard eight girl friends would come over, was kind enough to get ‘some’ espumante for them, and instead of him playing the regular samba & reggaeton sounds he let us dance on hit songs to shake the night away. Everybody around, started partying and I burst into laughing many times. The nicely dressed locals (mostly men) couldn’t keep their eyes of those wicked girls drinking, smoking & dancing like it was New Years Eve and only some local surfers dared to have a talk with them, haha. Macho culture 2.0. These no-nonsense women were intelligent, beautiful & self-assured and it took me a while to understand why I wasn’t that intimidated by them. 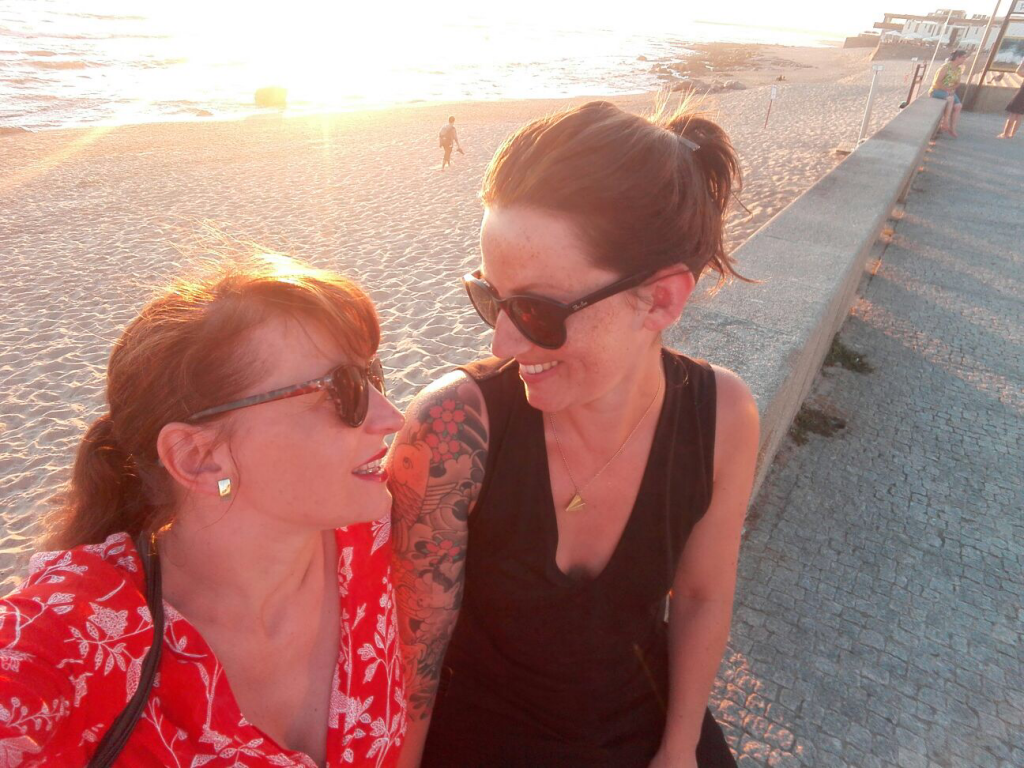 I didn’t notice any tensions between them, nor jealousy or underlying feuds and they were ‘effectively verbal’. Cutting remarks weren’t taken personal but laughed away. This is what you normally read when friendships between men are described, and that’s probably the reason why I spent such a long time among men. Without good reason, because the big difference with these experienced, uncomplicated woman & my buddies is that during that week I could deepen out my own sensuality or femininity without having fear of being misinterpret. They gave me enough space to be myself & self-assured without being afraid to intimidate others (women or men). On the second day I walked around in my underwear applying make-up in one of the girls’ bedrooms (I dislike closed doors) without someone checking me out, but got compliments about the maxi skirt I tried and heard some tips about facial products. Quite the opposite of when you spend time with your surf buddies squeezing your way out of your wetsuit with a towel wrapped around your body like a burrito and undies tucked away in your fist.

So yes, why do I feel at ease with these women? Because they inspire me to be a better version of myself instead of, me using that better version to fit in. They are women who empower. One thing is for sure with these girls: What you see is what you get, in it’s most honest way. And that is how I like them.

PS: Thank you girls! This one is for you, haha: https://www.youtube.com/watch?v=kJQP7kiw5Fk

PS: Thank you Portugal for bringing the best out of people!