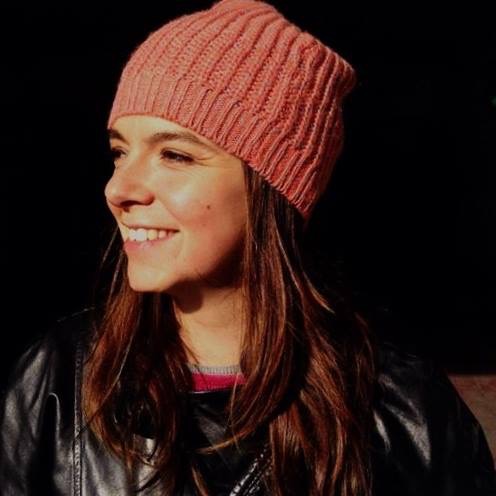 Why a long break from F@cebook is a good thing.

by sophie 5 years ago 3 comments

Honestly, it took me some time to ban my account from the digital plains. That constant flow of information made me over-stimulated, gave me the feeling of always being tired in my head and prevented me of reading the stack of books that was waiting for me. I got tired of that habit of scrolling endlessly. When I opened my eyes I scrolled (‘to wake up before brushing my teeth’) through news items that rolled over each other, and through facts, explained in ten different ways. I did exactly the same before sleeping ( ‘to relax a bit’). That means something.

My feed let me know what food I had to eat and what items were unhealthy, or full of cancer, how I could save the world by changing my habits, my life & my reasoning,… just to explain me exactly the opposite one day after. In the meantime that gaudy face of the American president kept on showing up between travel tips, parties I didn’t go to, commercials for hotels I visited two weeks before, memories of friendships with people I hardly knew but had to acknowledge by posting them on my page not to mention Birthday Parties I had to ‘help celebrate’. Luckily I never used the popular platform to network, liking posts actively and leaving wacky comments on posts of people who might be useful in the future.
I would almost forget that I created that account to keep in touch with what my friends are up to because their lighthearted pictures became more and more invisible. But I guess I am using Facebook more than most of my friends. I even have a lot of friends in Belgium which don’t use Facebook.  And yes, we meet and talk, go to each others parties. Quite normal actually. It’s all in the mind to think that leaving your friends digitally leads to not seeing them or missing a lot of things!
But what bothers me the most is that the topics that interest me like a good short film, an interesting research, an insight, a political opinion that actually makes sense only gets two or three likes, while things that are much less interesting like my profile picture easily hits hundred. Come on, I am an adult! We all are:-)!

Nothing wrong with Zuckerberg. He found our weak spot and created something amazing with it.

But still. Like I said. It took me some time to let it go. Especially because I live in Portugal where people, companies and even banks have a Facebook account. When I asked a publisher in Porto why she only had a Facebook account instead of a website she gazed at me like I was retarded:-). Why invest money and time in a website if you have Facebook?! Also our Portuguese friends use it to communicate for almost everything. It’s free. As long as you go along with their business model is what I think. Zuckerberg must be the richest man in the world. Nothing wrong with that. He found our weak spot and created something amazing with it. But don’t tell me it’s for free. We just present him all the info he needs for free. Like fish in the sea. Right?

Anyway, I already left Facebook for almost a week and still don’t have any side effects:-). I even feel quite relieved now that the job is done (to deactivate my account Facebook sent me off in the wrong direction so I had to use You Tube). I wake up and instead of grabbing my phone to interpret a shitload of opinions, I read forty pages in Empire Falls (a great book that won a Pulitzer and was filmed in a two-part miniseries with a great cast). I started writing in my notebook again and I wrote a three page letter to a friend in Belgium who has a hard time. In the end it looked like a scratch version with words crossed out or moved to the beginning of a sentence, with corrected mistakes and asterisks that referred to something underneath the letter.

I loved it.
It was art.
It was Old School.
To hell with Tip-ex!

I am quite sure my friend will be very happy with my letter. I was happy with my letter! And probably the postman too. I left stickers on the envelope for her/him:-). Couldn’t get enough of it. I even took pictures to put it on F@ce.. Oops, not possible. Great, than I have time to order a coffee and do what I like most: observing real-life people & absorb new ideas….

In short; quiting F@cebook for some time makes you reconnect with yourself again, with your friends (the irony!), creates space in my head to have new ideas,…