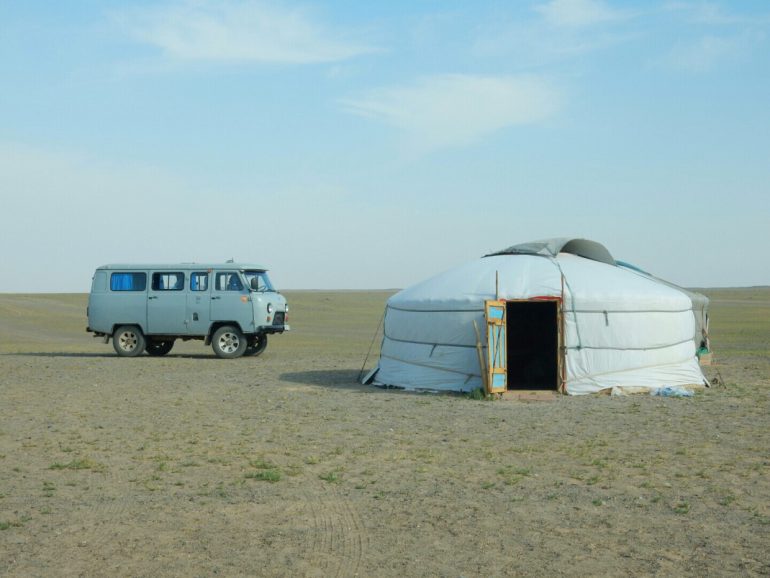 Morgane likes to travel but her ecological footprint became more and more an issue. One of the causes is time, she thought. And she decided to take a break for half a year to travel from Antwerp to Vietnam- and back. By train, in a loop. That’s something nobody can ever take away from her.

“I’ve always had a green heart,” Morgane says, “I didn’t do this trip because of a fear of flying but because I started to feel guilty about the CO2-emissions with each flight I took. In 2016, I decided not to take the aeroplane within Europe (München, London & Haarlem). A hard nut to crack since we all take the plane because of a lack of time. In that same year, I flew to Tanzania with Joker ( Tour Operator) and discovered Greenseat. With Greenseat you can support sustainable projects that avoid or reduce carbon in developing countries. I will use Greenseat each time I fly, to compensate my CO2 emissions.”
“I had been researching for four months and when you book in advance, the prices for trains aren’t so bad… For my first stops in Europe, I found a train ticket from Brussels to Berlin for 63 euro and from Berlin to Warsaw for only 29 euro! It really depends on when you book. And yes, it demands some extra organization. What you do have to take into account is the Visa procedure for every country you drive through. Each Visa needs to be done separately because you have to hand over your passport at each consulate. From Warsaw to Moscow I had to drive through Belarus. My transit visa cost 60 euro and involved some paperwork. Especially on my way back to Belgium, I encountered some visa issues.”
“When I started researching, I also checked to go to South America by a cargo ship overseas but that cost 1500 euro. With Find a Crew you can hop on a sailing boat but many reviews mention about exploitation. There isn’t much social control on those boats and you cannot just jump off them and swim away. And that is how I ended up in South East Asia by train!”

One of the reasons I wanted to interview Morgan is because she travelled alone. As for myself: I just love travelling on my own. Being solo, you travel on another pace, are able to sort out your thoughts (okay sometimes too much) and you can join a lot of inspiring people who are doing the same. Hostels are perfect meeting points for these short encounters. I would advise everybody (also forty-year-old parents ;-)!) to travel solo at least once in their life.
Morgane writes about these encounters on her blog. In Moscow she hops on the Transsiberian train and it is in Siberia- of all places, that she starts meeting a wide range of fellow travelers: a young Frenchman who left France on his motorcycle, A Russian beauty who lived in Belgium for one year to learn Dutch (Flemish, ha!), two American girls, a German couple,… It’s a string of people she connects to and let go, only to meet them again hundreds of kilometres further. Because the train keeps on going: The Belgian drives through Mongolia, China and finally Vietnam. Laos, Thailand, Cambodia & Malaysia will follow but it took her 19 trains and one van to bring her to Hanoi where she enjoys the delicious street food, after a confusing night at the Chinese border.
“ I am very proud about this trip, which has a lot to do with the project itself: to South East Asia without a single plane! I have to admit that some journeys took a long time, like the one from Astana (Kazakstan back to) Moscow. That one took 55 hours! My favourite pastime was… Eating. I ate a lot of instant noodles, haha. And furthermore, I read, slept, had small conversations and daydreamed while watching the everchanging scenery.”

Do what you can

“Europe is a part of my identity but because of this journey my view on ecology in Belgium, compared to Asia, evolved. We deal a lot better with waste management, recycling & creating awareness but even for short trips, we take a flight. Unlike in Asia where people travel by train, even for long distances. Okay, purchasing power has probably something to do with it but still… I am not flying anymore within Europe.
Since seven years I use Cambio (car sharing) and I mainly eat vegetarian. I use a toothbrush made of bamboo instead of plastic and recently bought a reusable lunch bag for when I order a sandwich during lunch hours.”
“It’s a fine line between being inspiring and preaching but this trip wasn’t a statement. I like to let people decide for themselves. Of course, I am for clean air (a big issue in Antwerp & Flanders) but you cannot be involved in every action that is happening. The jeans we are wearing is a polluting product as well. But I truly believe that we can do a lot by ourselves and that those little habits make a difference.”